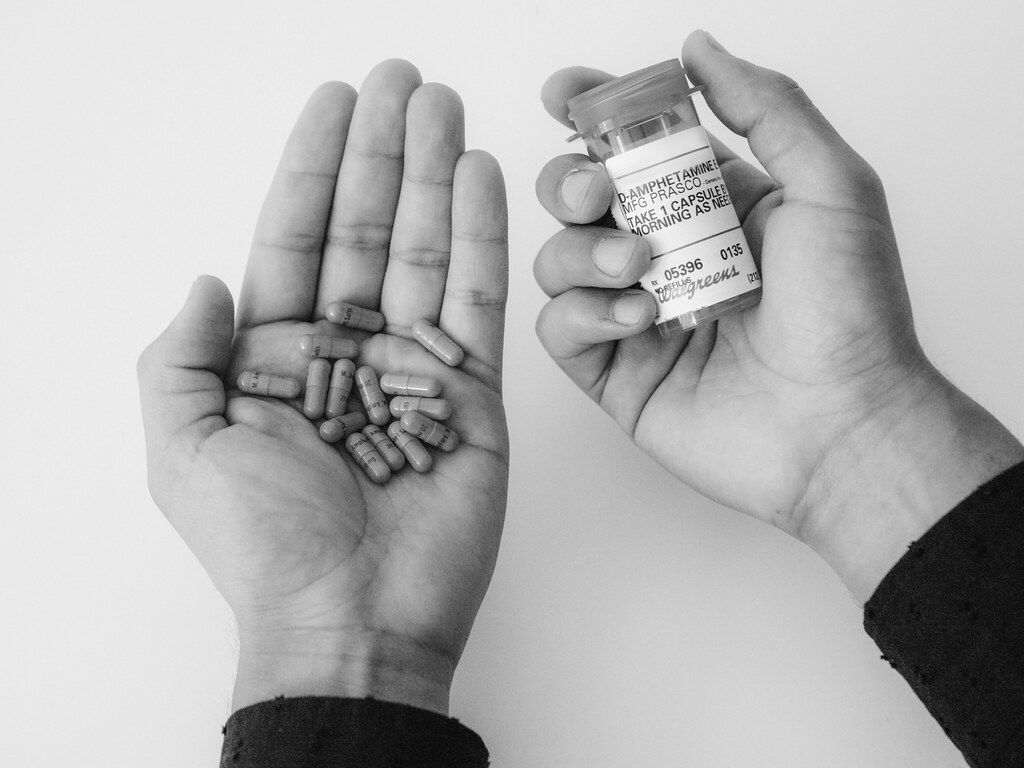 Amphetamines are a synthetic, mood-altering drug that was first discovered in the late 1800's and later used medically to treat asthmatic patients. It is a powerful psycho-stimulant that affects key neurotransmitters in the brain (dopamine, norepinephrine and serotonin) giving a person an intense euphoric feeling.

Today, amphetamines are used legally as a prescription drug for the treatment of narcolepsy, ADHD, obesity, chronic fatigue syndrome and depression. It is also used to improve brain development. Illegally produced amphetamine is sold for its stimulant properties.

While helpful when used properly under strict medical supervision, amphetamines are highly addictive and cause many unpleasant side effects including aggressive over confident behavior, agitation and disorientation. It provides a quick and intense high but it is considered “low tolerance” which means that more of the drug is needed to achieve the same effect. It does not take very long to develop an addiction to the drug.

Just like any drug, screening for amphetamines is guided by clear cut-off levels that vary depending upon the type of sample used. There are also different cut-off levels for screening and gas chromatography mass spectrometry GC/MS confirmatory testing because they use different testing methodologies.

The immunoassay tests done during initial screening are intended to detect a wide range of compounds that are chemically similar and that react with antibodies contained in the reagents. The gas chromatography mass spectrometry GC/MS confirmatory tests on the other hand look for specific metabolites that identify and quantify a specific drug.

Amphetamines are classified under Schedule II of the Controlled Substances Act which lists drugs, substances or chemicals that have a high potential for abuse, the usage of which can potentially lead to severe physical and psychological dependence but with accepted medical uses. Drugs under this class are considered dangerous and require a prescription.

Some examples of drugs that fall under this class include:

Amphetamine is a stimulant. It is what they call in the streets an “upper”. Stimulants increase a person’s attention, alertness and energy. It also elevates heart rate, blood pressure and respiration. Stimulants were first used medically to treat respiratory problems like asthma because they act as bronchodilators. At present, amphetamines are prescribed for the treatment of ADHD, narcolepsy, obesity and depression.

Forms and Routes of Administration

Amphetamines are available in tablet/capsule, base/paste, sheet-like crystal, powder/speed and liquid forms. The base/paste form is sometimes called “wet speed” and is popular in Europe. It is administered by rubbing on the gums. When it dries, it becomes the powder form and can then be rubbed on the gums, snorted or mixed into drinks and taken orally. The methods of administration depend upon which form of the drug is being used, as follows:

Amphetamines are used for therapeutic purposes and recreational purposes. The therapeutic uses were not immediately established upon discovery of the drug in the late 1800's but took decades.

Therapeutic (Medical) Uses – Amphetamines are prescribed for the treatment of:

Amphetamines affect the release of the neurotransmitters norepinephrine and dopamine from nerve endings in the brain but with their reuptake being inhibited, they cause a build-up. This build-up then stimulates motivation, cognition and arousal in the reward system. When high doses are taken, the person also experiences euphoria. These effects on average occur within 15-30 minutes of intake and last for hours. The longer a person uses amphetamine, the changes to the brain and how it works increase as well. Tolerance and dependence begins to set in. Some of the very specific effects that amphetamine use has on the brain include the following:

Amphetamines are stimulants that act on the central nervous system to produce the following effects shortly after being taken:

By observing employee behavior to determine workplace amphetamine use, safety managers and other key employees who are responsible for implementing their organization’s Drug Free Workplace programs will be able to make informed decisions as to when and where to conduct random drug tests or reasonable suspicion drug tests. A simple test can very well prevent accidents in the workplace that could lead to damage to property, personal injury or worse death.

As the damage to the brain increases with prolonged amphetamine use, many long-term effects will start to manifest:

Regular amphetamine use over a long period will ultimately lead to dependence. With dependence comes tolerance, which means increasing doses will be needed to achieve the same effect desired. Amphetamine addiction afflicts not just recreational users but those with prescriptions from their doctors as well. The increasing doses expose users to more and more severe symptoms and put them at higher risk for a drug overdose which can easily be fatal.

In 1887, it was Romanian Chemist Lazar Edeleanu who first synthesized amphetamine from a chemical compound found in the Ma-huang plant. Despite this early discovery, it will be another 40 years before the drug will resurface considering that Edeleanu didn’t discover any physiological properties for his drug. He did however write his doctoral dissertation on amphetamine at the University of Berlin, and his work was published in chemical journals.

In 1928 another chemist in a Los Angeles research laboratory Gordon Alles, who was at the time deeply involved in the development of allergy extracts, observed the stimulant effects of ephedrine, a compound from another Chinese herb called Ephedra. His employer George Piness asked Alles to look for other drugs similar to ephedrine which stimulates the respiratory system and was then the primary therapy for asthma sufferers. Needless to say, ephedrine was a very profitable drug. Alles was determined to create other structurally similar compounds.

Meanwhile chemist Fred Nabenhauer discovered and patented in 1933 an identical amphetamine chemical in volatile form and SKF used it to come out with the Benzedrine inhaler as an OTC medication. It was effective for relieving sinus congestion but its stimulating effect was what made it a huge success. In 1934, Alles approached SKF (Smith, Kline and French) about his amphetamine salts and transferred his patent to them. In 1937, SKF came out with Benzedrine Sulfate in 10mg amphetamine tablets which were made available to the public without a prescription. With blessing from the American Medical Association, SKF advertised Benzedrine Sulfate for minor depression, narcolepsy and post-encephalitic Parkinsonism.

By World War II, Benzedrine tablets have gained credibility as a prescription psychiatric drug (anti-depressant) despite some reported cases of misuse. The US military supplied them to service men in their emergency kits as part of their standard medical supply. Misuse began to spread. Soon, amphetamine tablets manufactured by smaller companies began to dominate the market, and not just for depression but for weight loss, even if that use was not endorsed by the AMA.

By 1960, amphetamine was recognized as truly addictive and new laws restricted doctors from prescribing it. Within 10 years, amphetamine use for medical purposes in the U.S. declined. In 1971, he Controlled Substances Act (CSA) declared amphetamine as a Schedule II drug – those drugs that have a high potential for abuse and addiction but with accepted medical uses. Once hailed as a wonder drug, amphetamine now ranks among the likes of morphine, cocaine and opium and while some decline was seen in its use, it never really went away. It continued to be produced illegally and another increase in its use was seen in the mid-1980's.

About T-Cup Urine Drug Testing Kits The T-Cup All-In-One Urine Drug Test Cup can be used for synchronous and qualitative detection of most of the drug...

About Rite Aid Home Drug Test This Rite Aid at home drug Test can screen for up to 14 commonly abused drugs in minutes in the privacy of your own home...

About DrugConfirm Home Drug Test Cup Urine drug testing is one of the most popular methods of random drug testing for recent drug use, as these tests ... 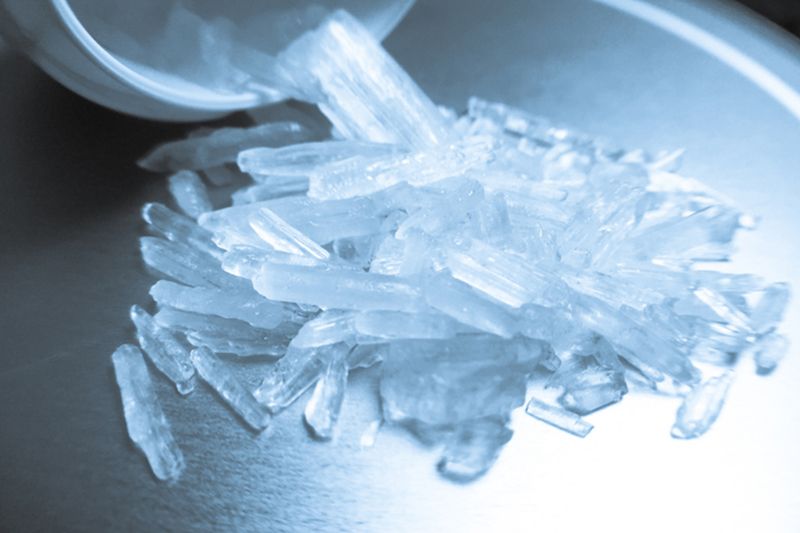